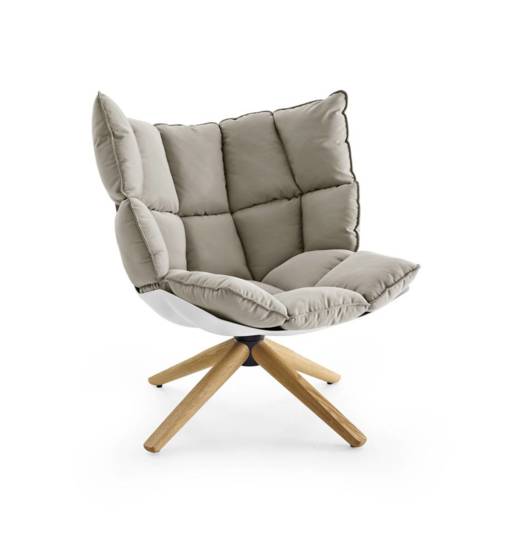 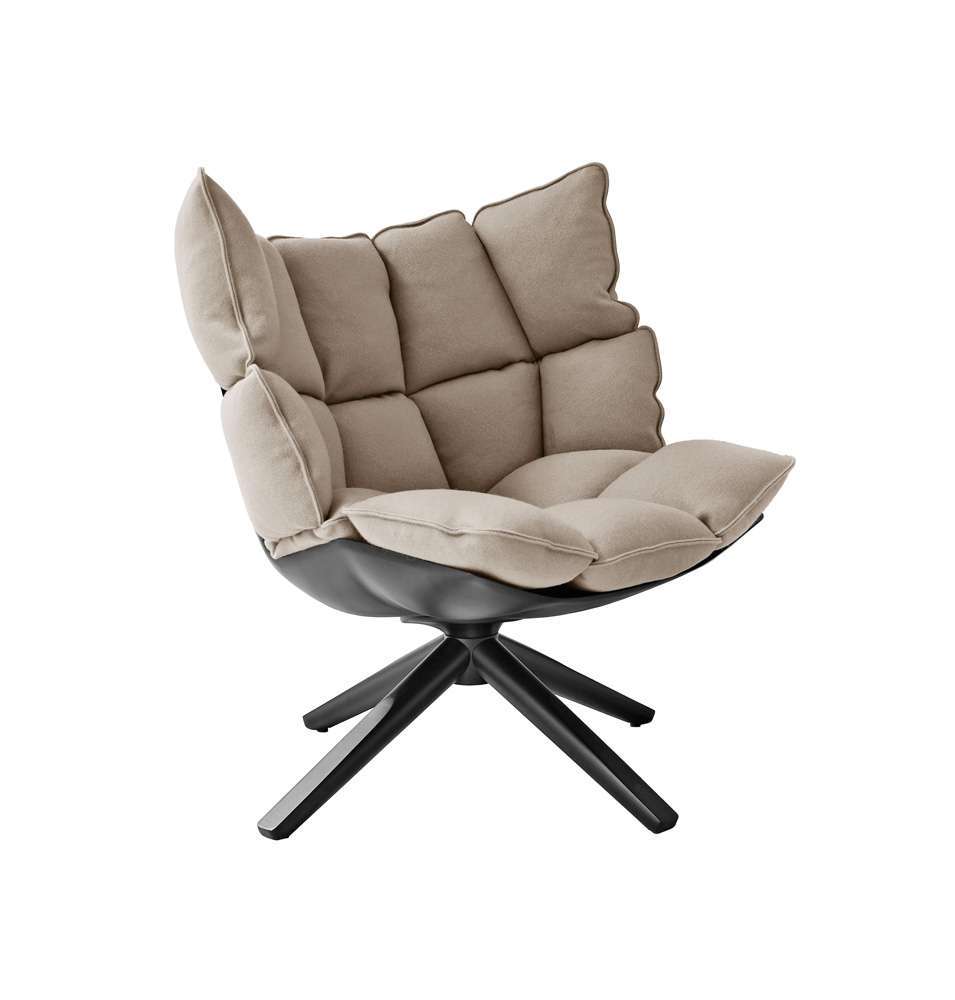 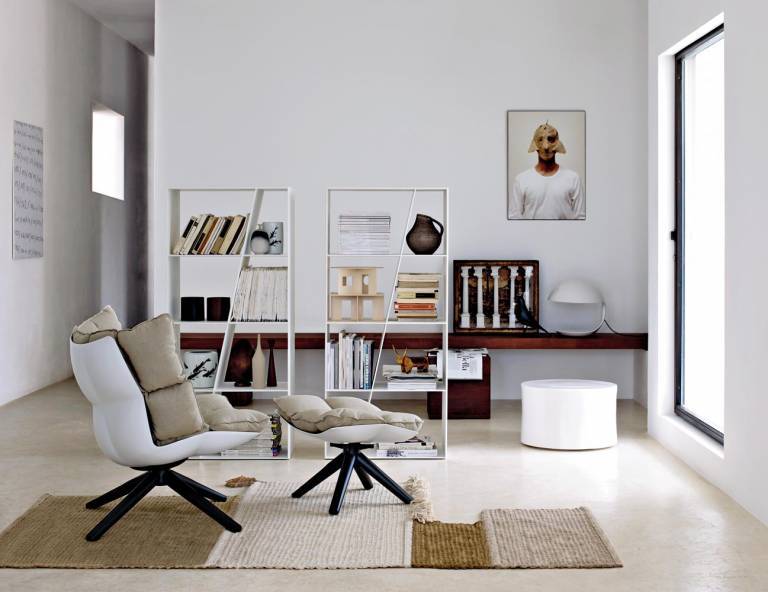 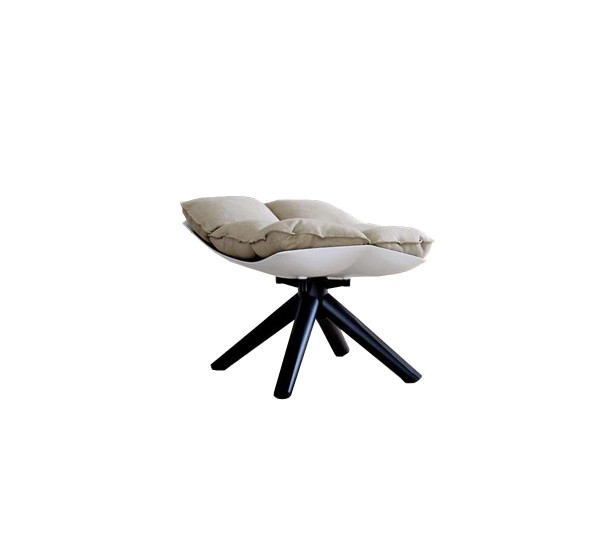 Those who look at a sofa must visually perceive a sense of both mental and physical comfort.” Patricia Urquiola has conveyed this concept to the armchair Husk by designing a stiff body made of Hirek ® that contains a soft cushion divided into portions, which seem to underscore its ergonomic profile. Swivel Armchair with footrest, grey oak legs. Back and seat outside by white painted plastic, inside cover in red plum Erli (Cate Extra) fabric. 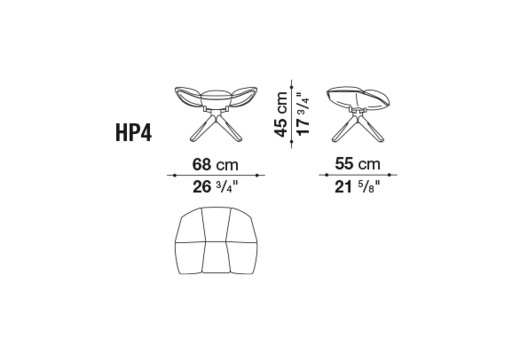 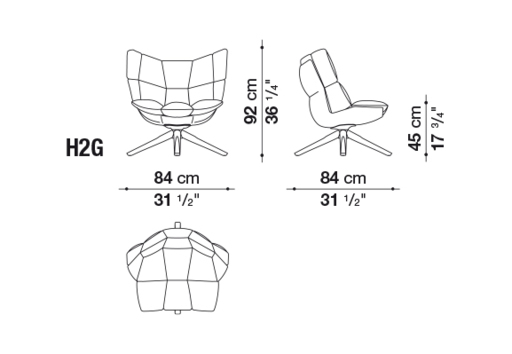